147 miles of railway line in 2 square miles! The most complex and densest railway network in British history

Many of the magazines, to their last days in the 1960s, never had any road access, only rail.  To
transport munitions to those magazines the RAR developed a specialist wagon and eventually there would be just over 1,000 of them.

The history and development of railways at the Royal Arsenal Woolwich, which evolved from humble roots in the 1820s into three separate railway systems, serving the Gun Factory, Laboratory and Carriage Department. The three systems originally had their own fleet of locomotives and rolling stock and were constructed using three different track gauges: standard gauge, 2ft and 18in.

The three separate factories and their railways were amalgamated to form one organization on 1 January 1891, when the Royal Arsenal Railways became an official entity.

If there was no Railway

There would of been no Arsenal, it was the only method of transport. Road vehicles were not yet invented.

No Royal Arsenal Railway would mean no defence. We couldn't have fought WW1 and many other wars without it.
​

In 1915 the Ministry of Munitions placed an order with Avonside Engine Company for sixteen locomotives of the Charlton Class (O-4-OT).  These were to be the final class of narrow gauge steam locomotive to be used on the Royal Arsenal Railway.

The first  six, BRISTOL, GLASGOW,  LIVERPOOL,  NEWCASTLE, DERBY  and WOOLWICH were oil-fired and allocated to work in  what were classified as “Danger Buildings” such as the Magazine and Filling Factories. 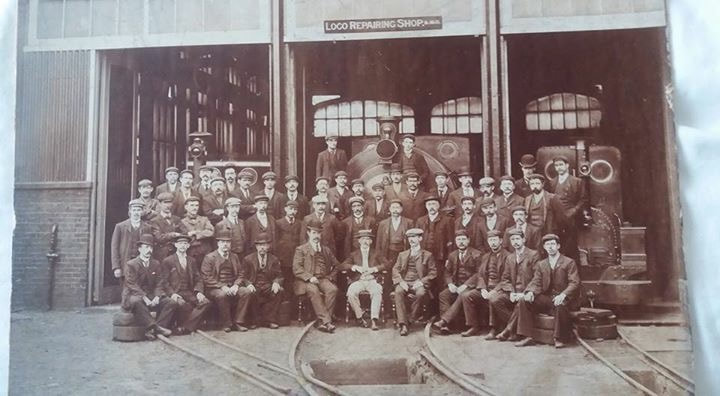 On 18th May 2011 the Crossness Engines Trust brought the last Royal Arsenal narrow gauge steam locomotive back to South East London for restoration to working order.

The Trust will restore all surviving locomotives and rolling stock from the Royal Arsenal's 18 inch gauge lines to working order. There could be no more appropriate location than Crossness pumping station as it's adjacent to the Arsenal and almost within shouting distance of where these small yet doughty trains worked.
Please visit http://therailwayproject.blogspot.co.uk/ for more detailed information on the Woolwich Locomotive restoration.  For more detail information contact Ian Bull

A Century old and very historic item of Royal Arsenal Railway rolling stock arrived at Crossness!  Now only one remains!

The 500th Anniversary of Arsenal is near (2018) + 100th of WW1 means that this
equipment needs to be restored now, important history. 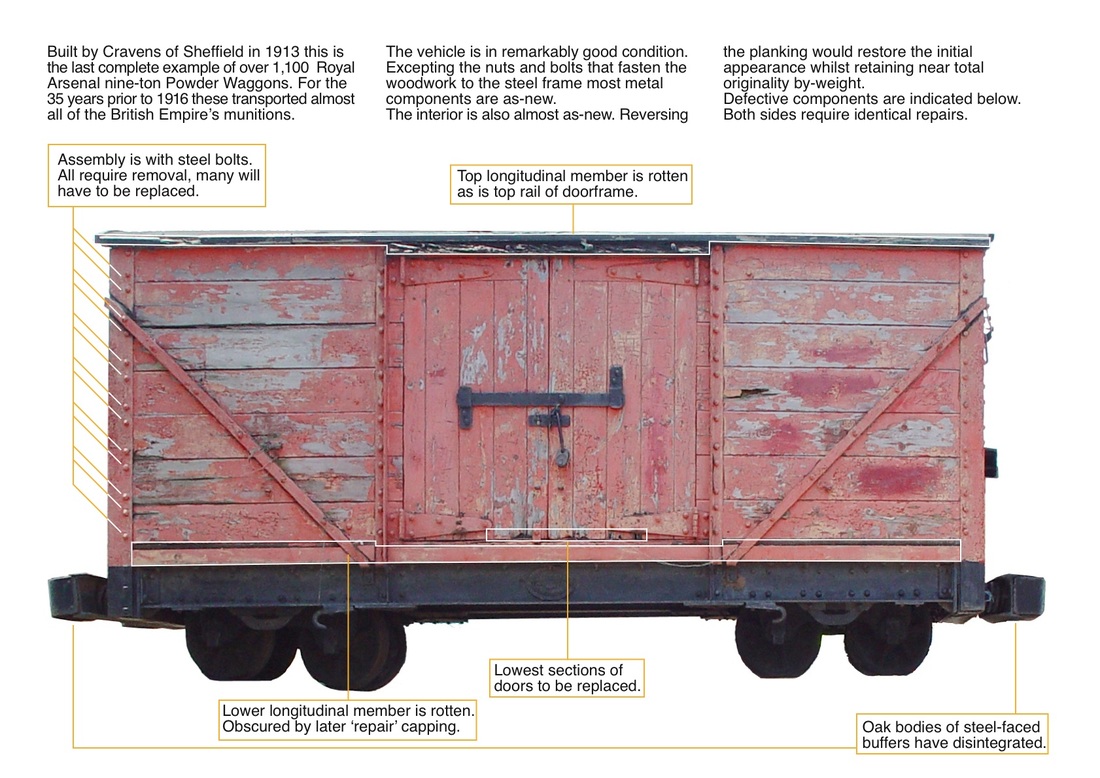 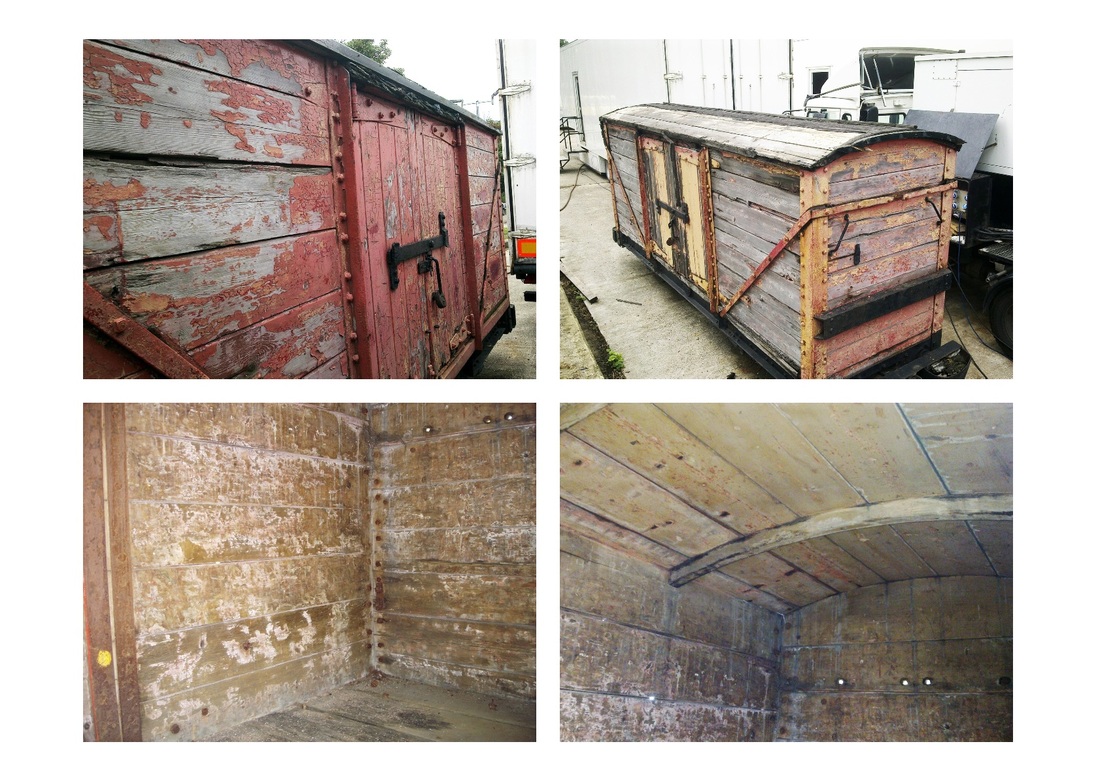 Railway photo's within the Arsenal

A hunt for existing rail track

Below: Today compared to 1931 Map in the Area of Magazine No 5, Traffic  Number F39 (Tump 39) used by the Royal Navy Armaments Department for the storage of Cartridges and Bulk Cordite.
Below: Railway track junction on map enhanced in the same area on the middle protected Island (this never used to be an island). 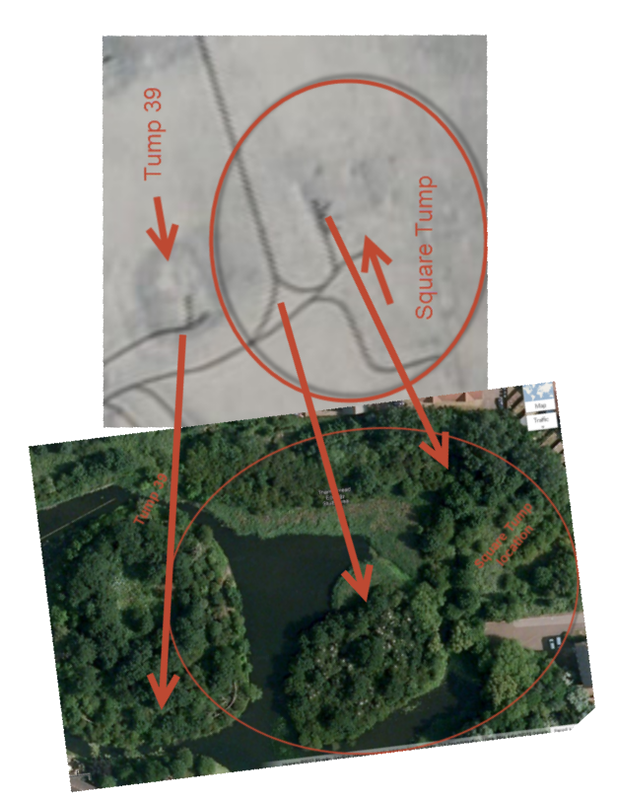 From the above research here are the results. *Please note this Island is protected for Wildlife by the local council.
Good to see that there are still bits of Arsenal in remote places 100 years later.  There was also a telegraph pole near here too.

When exploring with a group of friends at the age of 10 (in 1991) I stumbled over some rail track in the area highlighted above.  The amount of stinging nettles and bushes I climbed through.  There was a small wooded area I ended up walking through, there was a trench like hole approx 3 meters wide and 1 meter deep with two normal gauge track running through the trench at 0.5 meters high continuing under ground in each direction.  I believe this is still there today in that same area as it has been untouched by developers and too much effort to remove.  I did go back in 2012 but could not find this place (too many stinging nettles) so for any one interested, get you metal detectors out.  This railway track is linked to the Boer War and still underground somewhere in the above area.

In 2014 I was speaking to a friend across the road from me who said he had stumbled across Rail track the year before, location not specified for preservation purposes. We went looking for this same track in July 2014 and found it.

An hour and a half climbing steep hills, walking over swamps, hacking thorn bushes, stinging nettles using tree loppers and sheers and Google maps on the iPhone we came across the tracks, unseen for many many years.

To my surprise this was not Main gauge track but the rarer narrow gauge. 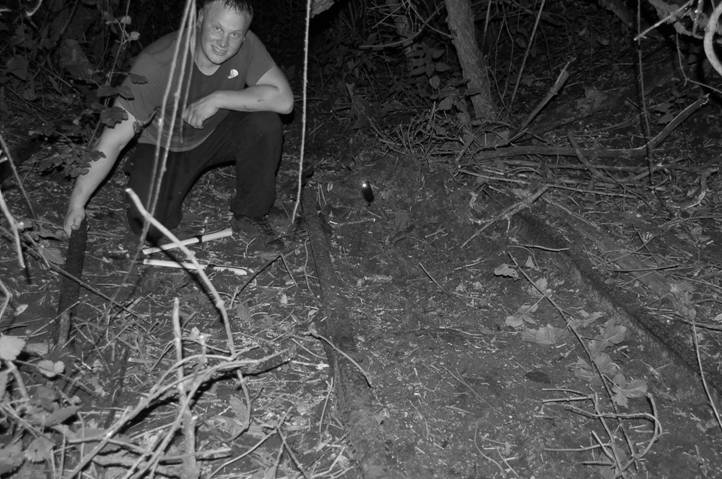 Below narrow gauge highlighted in red with sleeper used as scale comparison. 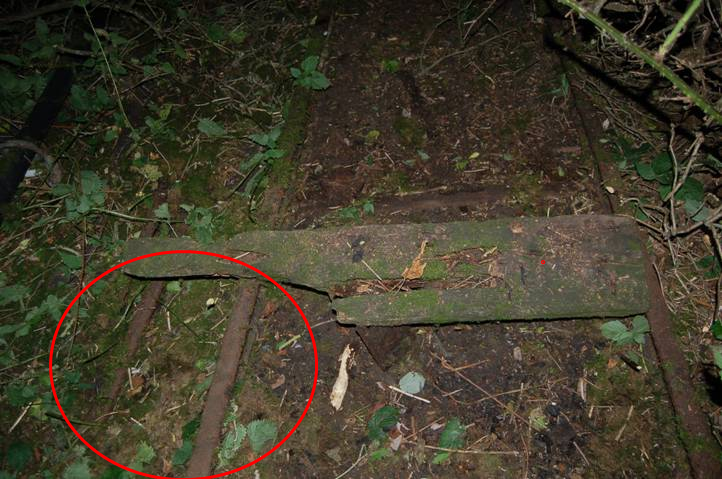 What's been found here is really important and that's not an exaggeration.
The Royal Arsenal Railway was the most complex and densest railway that we've ever had, perhaps the World's ever had. 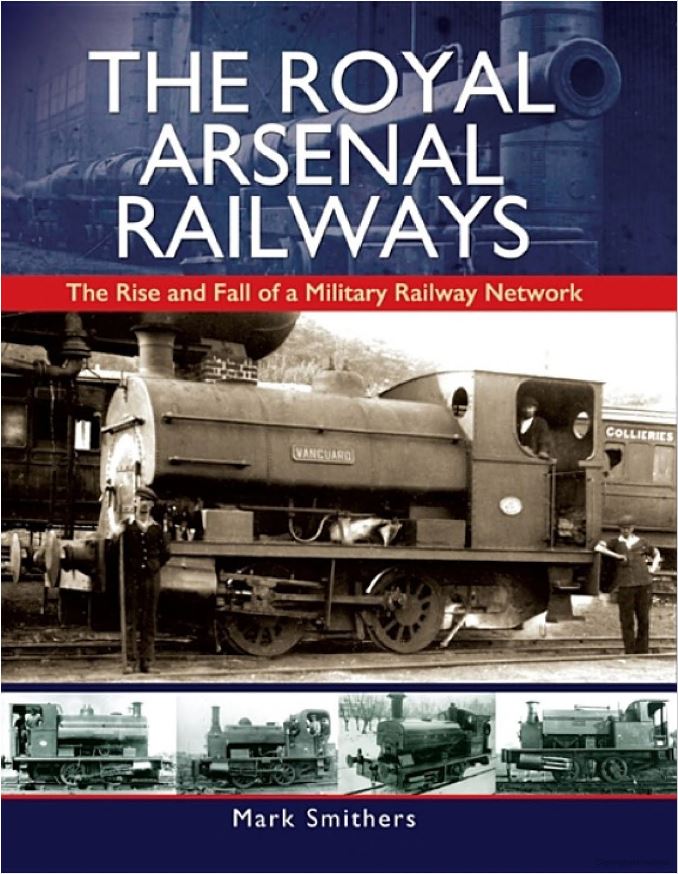 Mark Smithers has written a number of definitive books and magazine features on the history of locomotive construction and the development of narrow gauge railways. This book looks at the history and development of railways at the Royal Arsenal Woolwich, which evolved from humble roots in the 1820s into three separate railway systems, serving the Gun Factory, Laboratory and Carriage Department. The three systems originally had their own fleet of locomotives and rolling stock and were constructed using three different track gauges: standard gauge, 2ft and 18in.

The three separate factories and their railways were amalgamated to form one organization on 1 January 1891, when the Royal Arsenal Railways became an official entity.

The Arsenal and its railways played a major role in both world wars and continued to hold an important place in gun and propellant manufacture until the late 1950s, when the complex was gradually run down. The Royal Arsenal and its railways were finally closed in 1967, when the last train of material left the site. This book covers the history of the system from its beginnings through to its demise and also details the significant remains of a once mighty network.

Buy hardback book here
Buy the Ebook here
The Royal Arsenal railways was unique amongst industrial railway systems in the British Isles. From humble beginnings in the 1820s as a horse-plateway, the system had grown sufficiently by the late 1850s to warrant a connection with the main South Eastern Railway. By 1871 it accepted its first indigenous locomotive, the highly influential 18 inch gauge Manning Wardle Lord Raglan, which was initially equipped with drawgear to suit both standard and 18 inch gauge rolling stock. Until unification on New Year’s Day 1891, the dual-gauge railway system was under the control of three Arsenal departments – the Royal Gun Foundry; the Royal Carriage Department; and the Royal Laboratory. Shortly after unification it became a centre for training the Royal Engineers’ 10th Railway Company in the skills of railway operation, a function which it fulfilled until after the conclusion of the Second South African War. During the latter part of the 19th century, important milestones in non-steam railway motive power appeared in the Arsenal. First came Col. F.E. Beaumont’s experiments with compressed air, which were pursued with thoughts directed towards the Channel Tunnel project of the period. This was followed a few years later by Richard Hornsby’s locomotives powered by Herbert Ackroyd-Stuart’s patent heavy oil engines which remained in use for over two decades. The system experienced its finest hour during World War One, a time when the Arsenal’s river frontage extended to three miles, when over a million standard gauge wagons were exchanged with the South Eastern & Chatham Railway. By this time there were three gauges in use: standard, 2 ft., and 18 in. The standard gauge locomotive stock peaked at 56 in 1917, whilst the 18 in. gauge stock briefly totalled 64 units during the preceding year. Following the Armistice, the site’s vulnerability to hostile air attack prompted a steady rundown of the system during the 1920s, with a relatively modest revival during the Second World War, with most of the last remnants of the system being removed from the site by 1971. Today, only a small number of relics survive of this once mighty part of Britain’s industrial railway heritage.