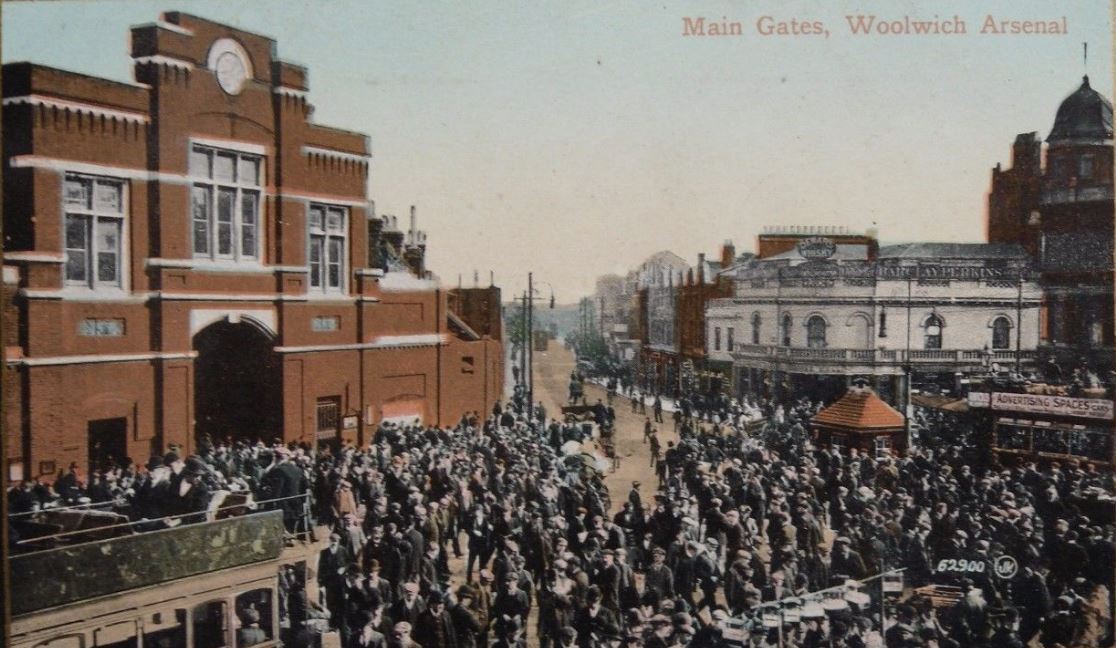 The long association of artillery with Woolwich began with the setting up of a gun depot there in the reign of Elizabeth I. In the latter part of the 17th (later the Royal Carriage Department) was opened in 1664 at Tower Place in Woolwich and, in the following year, the gradual removal of gun proof from the Artillery Garden to Woolwich took place. Some thirty years later, in 1695, a laboratory was established (subsequently known as the "Royal Laboratory ") for the manufacture of ammunition and pyrotechnics at The Warren in Tower Place, and in 1716 a foundry for casting brass guns was built there. This formed the nucleus of the "Royal Gun Factory ". Thus the pre-eminence of London as a centre of artillery development was lost in the 17th Century.

When the Royal Artillery was formed in 1716, Woolwich became its headquarters and its officers, together with the teaching staff of the nearby Military Academy, came to exert considerable influence on the manufacture of guns and ammunition.

The establishment at the Warren which had been named the "Royal Arsenal " by George III in 1805, included the Royal Carriage Department, the Royal Laboratory, the proof butts and the Royal Brass Foundry, the fore-runner of the Royal Gun Factory. With the addition of the laboratories of the Chemist to the War Department - a post created in 1854 - this organisation of the Arsenal persisted throughout the 19th Century.

No separate establishments existed specifically to do research, design and development. Nevertheless, from the earliest days, epoch making advances were made, such as the transition from solid round shot fired from a muzzle loader to the explosive filled shell fired from a breech-loading gun, the replacement of gunpowder by cordite as the propellant and the early 19th Century experiments with artillery rockets.

By the beginning of the 20th Century, the increase in activity in the armament world, the growing complexity of weapons and in particular the serious faults in the ammunition used by the British Army on the Boer War led to the establishment of the Chemical Research Department, Woolwich in 1907. This organisation was the first in the country to be entirely devoted to armament research; it covered explosives and pyrotechnics, propellants, ballistics and materials for armaments. It was the direct and recognisable fore-runner of the Armament Research Establishment.

​In 1915, the engineering design and development of weapons was concentrated progressively into a separate department but the unified Armament Design Establishment began to assume its final shape in 1922 when the design facilities of the three factories at Woolwich ( the Royal Gun Factory, The Royal Carriage Department and the Royal Laboratory) and one at Enfield were amalgamated into the Design Department.

The Royal Arsenal West was the production area. 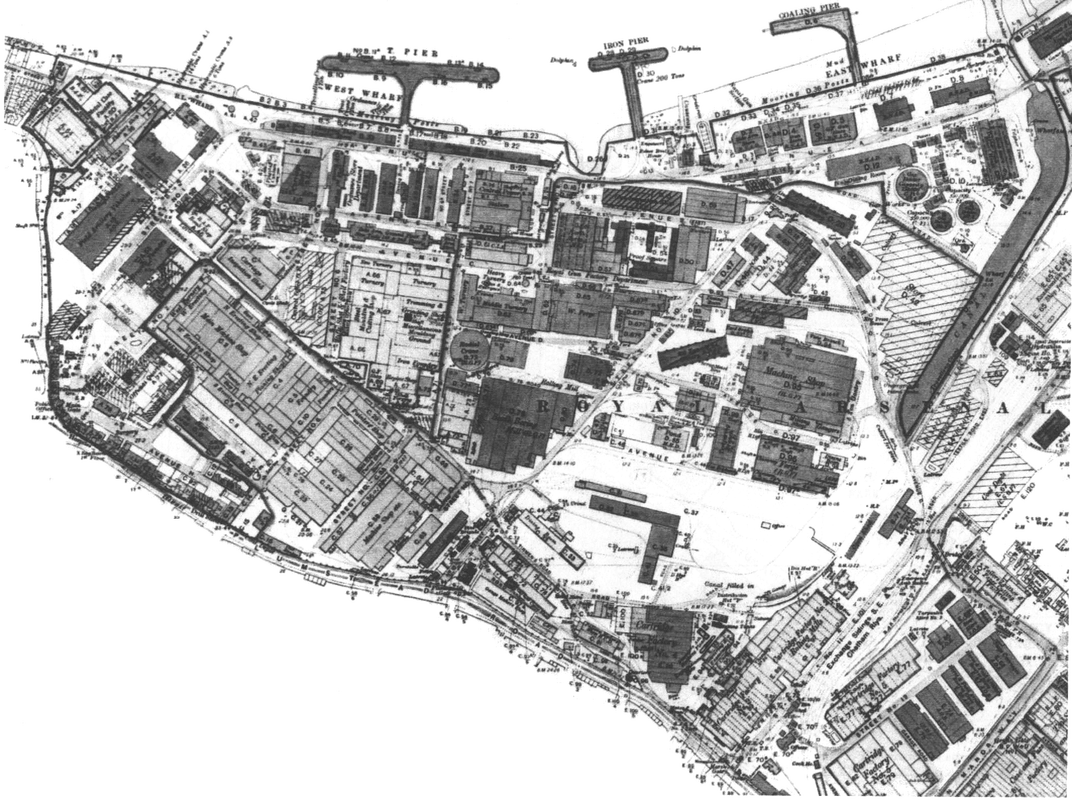 A 1931 Map section of the Royal Arsenal West

The Gatehouse has not changed much over the last 100 years with the bell tower, clock and two cannons on the roof still evident. The main changes are the houses in the background. These are no longer there and a road has taken its place splitting the gatehouse from the remainder of the Arsenal.

Rare photo's behind the Gatehouse

Original PDF version below if Optical Character Reader (OCR) issues.
please upload your history, research and photo's here
comments powered by Disqus
To all readers:  Please feel free to report any information listed on this website that is not historically correct and I will be happy to review and ammend. Contact here with your suggestions